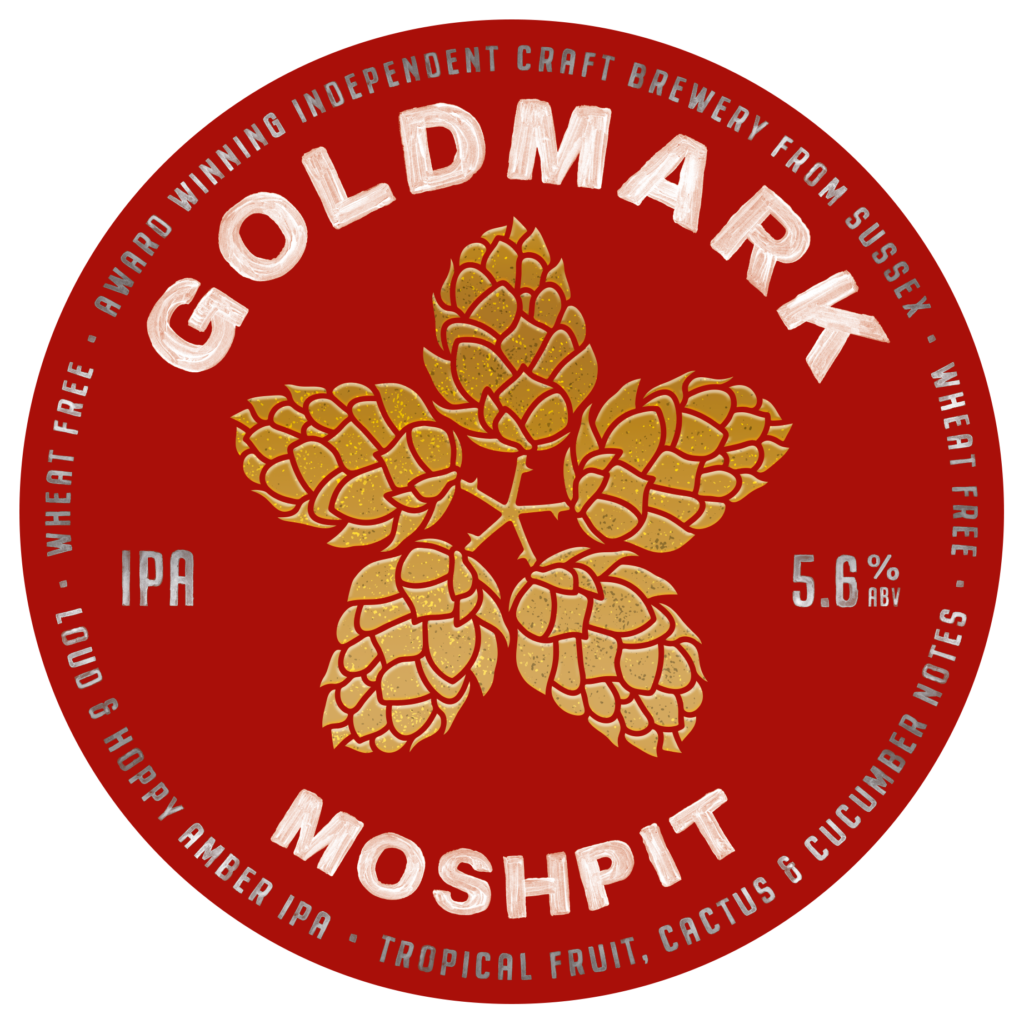 Instead of bitching endlessly about it, I brewed a beer that would fit the occasion. No one wants to queue when the band is on so I went with a slightly higher alcohol. I wanted it refreshing because it gets hot at the front of the stage. I wanted to use hops that were different than your average classic American pale and I wanted some energy from the sweet barley.

For all the homebrewers, the mash temp is quite high and I used most of the hops in the last moments of the transfer. Triple kettle hopped with Azacca, I use a stupidly large amount of hops which give massive aroma in the keg and cask formats.